Call for Papers. “Where the Jews Will Be — That Is the Land of Israel.” Ukrainian–Jewish Literary Contacts (September 25–26, 2019, Odessa)

“Where the Jews Will Be – That Is the Land of Israel.”
Ukrainian-Jewish Literary Contacts in the Second Half of the 19th and First Half of the 20th Centuries

The Ukrainian Association for Jewish Studies invites proposals for presentations at an international conference on Ukrainian-Jewish literary contacts (direct, or indirect through reception or representation in creative works) and on images of Ukraine in Jewish works.

During the second half of the 19th and first half of the 20th centuries, works were created and published on the territory of what is today Ukraine, that have become classics of both Ukrainian and Jewish literature. Jewish authors devoted substantial attention to the interaction – neutral, positive, or negative – between Jews and Ukrainians who inhabited the same lands, and to contacts between shtetl Jews and Ukrainian villagers. Simultaneously, works of Ukrainian literature also attempted to capture the experience of co-existence in the same country.

In time, as intellectual contacts between representatives of both cultures intensified and Ukrainian writers of Jewish origin appeared, the situation changed. Stereotypical images were challenged by more complex representations. Texts appeared in the literature of both people, which emphasized respect for one’s neighbor, an understanding of his or her situation, and the capacity for empathy: from Ivan Franko’s Jewish Melodies to Maksym Rylsky’s poem “To the Jewish People,” from the poetry of Dovid Hofshteyn and Leyb Kvitko dedicated to Ukrainian poets and Ukraine as a whole to the work of Hershl Polianker. After the Executed Renaissance of the 1930s and the trial of the Jewish Anti-Fascist Committee in 1949–52, close contact between Soviet Ukrainian and Jewish literatures became much less prominent.

The conference aims to discuss mutual representations of the “other” and how the literary depiction of Ukraine’s large and small towns became an element of the Jewish world.

A round table devoted to the problems of translation from Yiddish to Slavic languages will be organized. An invitation is extended to translators of Yiddish classics into Ukrainian, Belarusian, Polish, and Russian. A number of recently published translations from Yiddish will be presented. This particular event will be dedicated to the memory of the Ukrainian researcher and translator of Yiddish-language literature Nataliia Ryndiuk (1971–2018).

The conference will end with a public discussion of prospects for the study of Jewish literature in Central and Eastern Europe. The conference coincides with the 200th anniversary of the Wissenschaft des Judentums as an academic discipline.

The conference languages are Ukrainian and English.

Conference participants will be able to submit their presentations as articles to the peer-reviewed journal Judaica Ukrainica for publication in 2020.

The organizers and sponsors will cover accommodation and meals for participants. Some speakers are eligible for travel funding. Those who will require reimbursement of their tickets are asked to note this in their application.

The registration form can be found at http://bit.ly/UAJS_conference_2019_eng

For other questions, please contact the Organizing Committee: uajs.conference@gmail.com 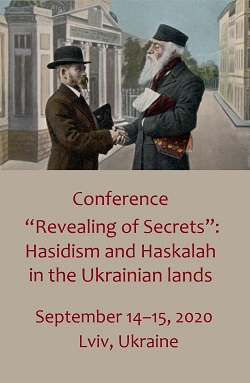 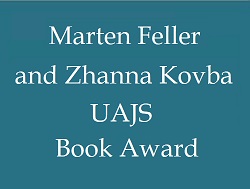